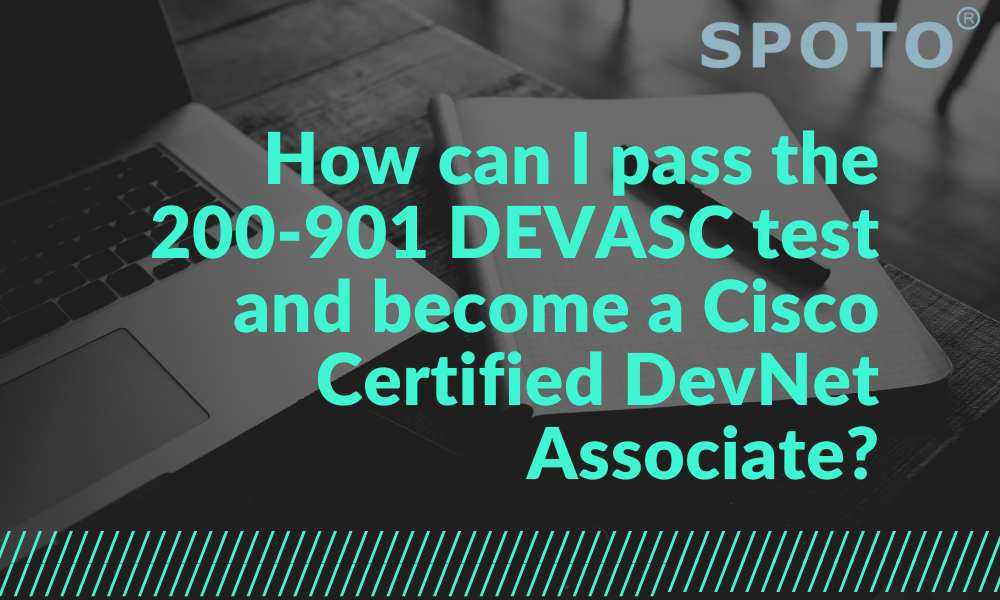 How can I pass the 200-901 DEVASC test and become a Cisco Certified DevNet Associate?


Since you have chosen to become a Cisco Certified DevNet Associate, we are pleased to offer a thorough study guide for passing the 200-901 DEVASC exam. Let's start by providing some background information about Cisco certification. Cisco created a new automation certification pathway for developers and IT workers to enable task automation and improve network performance. DevNet is the name of this automation technique. Cisco is advancing networking in conjunction with this technical change by introducing new certifications for software development and expanding its well-established certification program.

Reading and comprehending the course outline is the most crucial step in taking an exam like Cisco Certified DevNet Associate (200-901 DEVASC).

Candidates with the CCNA certification with a passing score on the Cisco 200-901 test are qualified for networking careers such as network administrators, entry-level network engineers, help desk representatives, and network support technicians. If you're starting in IT and want to increase your industry knowledge, the Cisco 200-901 is your best option.