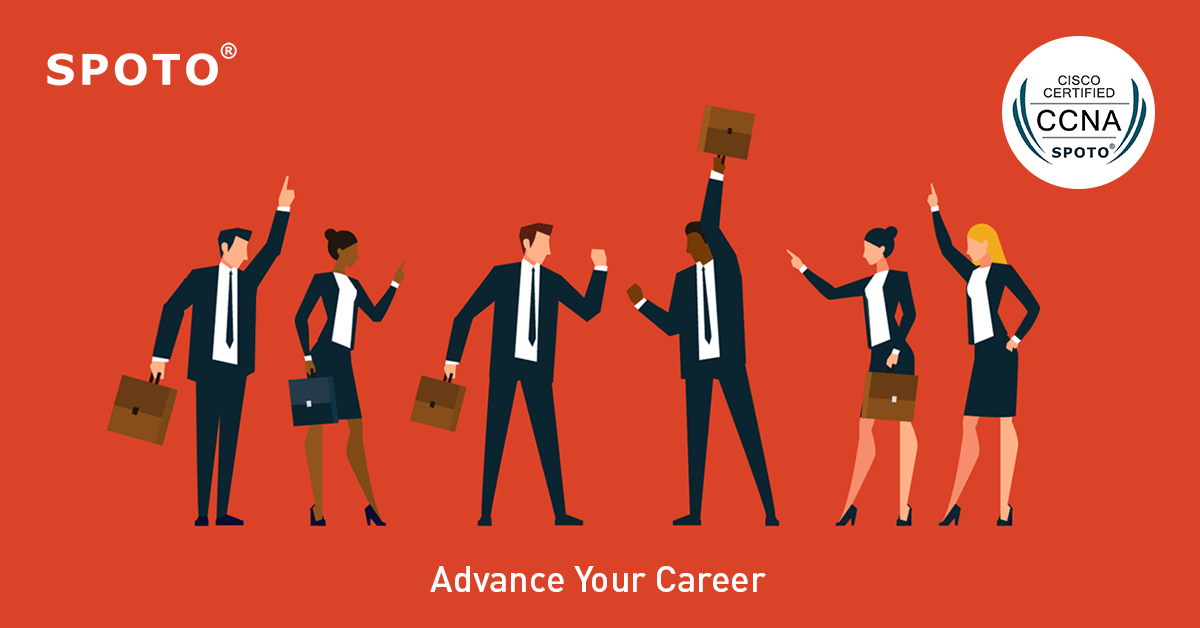 How much of the exam is dedicated to network fundamentals?

The network basics segment of the CCNA 200-301 covers 20% of the topics. It isn't the biggest or the tiniest. Cisco has stressed the importance of having a solid foundation in this field, on top of which you may add more advanced knowledge, as seen by the fact that the proportion climbed from 15% in the previous iteration.

What subjects are covered in this exam section?

Even though the subjects covered in this part are numerous and varied, they can be divided into a few broad subsections:

• Network components: Routers, switches, access points, and firewalls – in other words, everything that makes up a network infrastructure.

An overview of network fundamentals subjects at a high level

The network infrastructure components and end-user devices and their roles in the network are covered in this subsection.

Just keep in mind that a router's primary function is to route packets between various subnets.

Switching is the process of shifting packets between multiple interfaces in the same VLAN, though it is not restricted to this. You'll come across the terms L2 and L3 switches at some point. An L3 switch is similar to a router, except it has fewer routing capabilities.

The goal of a firewall is to defend a network from network threats. Firewalls are getting increasingly capable, and they can now protect networks against viruses, ransomware, and phishing assaults, among other threats.

Wi-Fi availability becomes vital in a society where mobility is essential. An access point is a device that converts electrical impulses into electromagnetic waves and vice versa. They make it easier for a wireless device to connect to the network.

Endpoints are computers, laptops, tablets, and smartphones that are used by end-users. They request access to the application, and the data is transmitted across the network infrastructure.

The role of the server is to host the application and data that the endpoints request.

It should go without saying that certain principles must be followed when a network is created to achieve robustness, redundancy, and efficient traffic forwarding. Network architectures have developed over time, and some are no longer in use. Some are being phased out, while others are gaining traction in the marketplace.

The hierarchical model is one of the most well-known designs, and it comes in two variations:

A new design (leaf and spine) has been popular in recent years, particularly in the data center setting. While the notion has been around for decades and is employed by cloud firms in their networks, it has only just become ubiquitous.

A wide-area network (WAN) is a collection of links that connect a company's numerous locations, branches, headquarters, and data centers. The WAN can be private and use MPLS services from various service providers at times, or it can be public and run over the Internet at other times.

You should be familiar with SOHO (small office/home office) networks and the concept that complicated networks can be implemented in the cloud as an extension of on-premises networks.

When it comes to copper connections, you should be familiar with the Ethernet standards 10BASE-T, 100BASE-T, and 1000BASE-T, as well as how an Unshielded Twisted Pair (UTP) cable transmits an electrical signal. Make sure you understand the pinout for straight and crossover cables, as well as the types of cables that must be utilized between endpoints and routers, and switches.

You'll need to understand some fiber connection standards, the components of a fiber cable, and how an optical signal is conveyed across a single or multimode fiber, much as you did with UTP.

This section is part of a larger discussion of the OSI and TCP/IP models. Despite the fact that the OSI model is theoretical, the TCP/IP stack is employed on networking equipment.

To begin, understand which layer these two protocols operate at and what it means to be connection-oriented versus connectionless. Understanding what happens in a network when there is packet loss, among other things, requires the applicant to be able to discriminate traffic up to this level.

How to set up and test IPv4 subnetting and addressing

Make sure you know what the RFC1918 private subnets are and what the borders of the IPv4 classes are, and what the purpose of the private IPv4 is.

If you understand all of the above, configuring and verifying IPv4 addresses will be considerably easier because you'll know what to specify and what to expect from the router or switch output.

How to set up and test IPv6 addressing

IPv6 is a little more complicated and distinct from IPv4; the IPv6 header is even more distinct from IPv4. IPv6 addresses come in a variety of formats, each of which can be distinguished by the first hex digits.

The commands for configuring and verifying IPv6 addresses, as well as a few other features needed for the CCNA exam, are nearly identical to those for IPv6. The only change is that instead of "ip," you must use "ipv6."

An SSID is simply a name for a wireless network. Almost everyone with a smartphone nowadays uses an SSID to connect to the Internet without knowing what it is. Understand how SSIDs are broadcasted by access points and how repeaters extend Wi-Fi reachability.

Things get a little more technical here. You'll need to review wave propagation, the relationship between frequency and cycle, and what a hertz is to better comprehend how Wi-Fi works. This will assist you in comprehending the channels.

A channel is just a collection of frequencies. You'll need to know how channels are spread among various well-known bands (2.4GHz and 5GHz).

Wi-Fi can provide authentication, message privacy, and message integrity, just like any other channel of communication. A few authentication techniques, as well as various privacy and integrity approaches, are available. You'll need to understand what they are and how they differ.

Virtual machines are the subject of this discussion. You'll need to understand the purpose of a hypervisor, as well as some of the most well-known hypervisors (both open-source and commercial versions), and how they may help you make the most of the physical servers' resources.

This has to do with how a switch handles broadcast and unicast traffic. You'll need to be aware of which circumstances, such as flooding, can result in loops that can easily knock a network down.

Where should I spend my study time?

This phase appears to be straightforward, and as your career progresses, you'll notice that it was. However, for someone who is just starting out, it is vital to devote as much time as possible to learn all of the topics. They establish the foundation for more advanced topics, and not having this basic understanding will cause you problems in the future.

For instance, if you don't understand how a switch forwards a frame, you won't realize that connecting two cables between two switches without taking other precautions could bring the network down.

The CCNA Network Fundamentals course is divided into several segments, each of which covers a different set of fundamental concepts. Spending time today on these core concepts will save you time later when you come back to review them. Network Essentials for the CCNA certification. If you want to get CCNA certification fast, you should try SPOTO 100% real 200-301 exam dumps with real exam questions and answers to ace the CCNA exam in the first try!