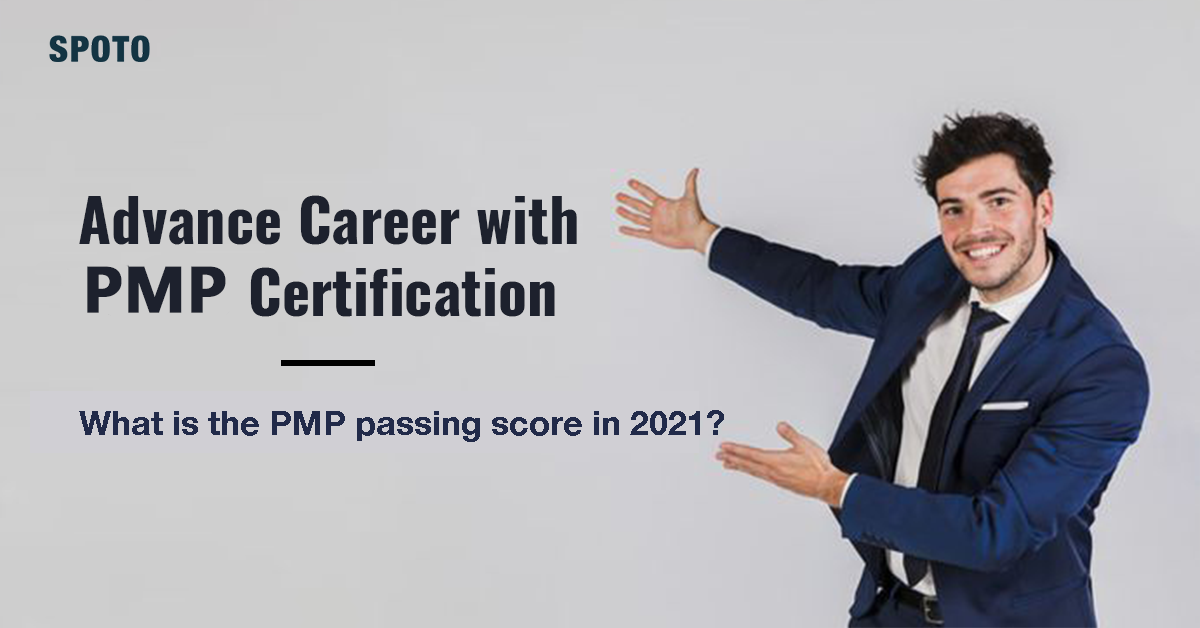 how to pass pmp exam 2021? If you wish to obtain PMP certification, you must take the PMP certification exam. The exam will be conducted by the Project Management Institute (PMI). The PMP exam contains approximately 180 questions based on PMBOK Guide 6th Edition. It takes about 230 minutes to complete the exam. The PMP exam questions will be multiple answers, multiple-choice, hot spots, matching, and limited fill-in-the-blank types of questions.

Usually, 61% is considered a PMP exam passing score, but this is not an official score published by PMI. There will be no fixed PMP passing score. The fact is that no two PMP candidates will have the same problems. Therefore, the passing score will vary from person to person. . Moreover, it will depend on the difficulty of the questions you get in the PMP exam. Besides, the weight of each question is different. If you are lucky enough to get a simple question in the PMP exam, the PMP passing score will be higher in your case than the aspiring person in your PMP. As a result, the degree to which PMP passers who are determined to pass the exam need to be scored will become more uncertain. Get more how is ccna scored click there. The best rule is not to worry about the PMP passing score. It is recommended that PMP aspiring people study and practice various mock exams and free PMP questions from different sources. You must consistently achieve a 75% or higher score in the practical exam to build confidence and enable yourself to pass the PMP exam to the maximum.

What is the current PMP exam pass rate?

In the current state, when you take the PMP exam, the test result will indicate the ability level, that is, in each of the five fields, whether the PMP candidate is considered "proficient" or "medium proficient" or "below Proficiency." You will not know the percentage of numbers that can be scored in each of the five domains. The PMP passing score will be based on how your ranking in the five process groups compares to the average global ranking of other test takers and certifies project management professionals. This will further ensure that exams are fairly conducted to provide project management statistics and overall industry knowledge assessments globally. The PMP exam pass rate is the number of people who pass the exam divided by the number of students who should take the exam.

This is the formula to find the pass rate of the PMP exam.

What should be your study plan for the PMP examination?

Which is the best book for PMP exam prep?

What would be the best way to prepare for the PMP certification?

What is the average salary of PMP in the IT industry?

What is the best online PMP training?

What are the best PMP certification training institutes?

What are the values of PMP certification?

How to schedule the PMP exam online?

Do we require experience for a PMP certificate?

How do I renew my PMP certification?